Home // Development Blog // The End Sexual Violence in Conflict summit was worth it, but it was only ever the beginning

The End Sexual Violence in Conflict summit was worth it, but it was only ever the beginning 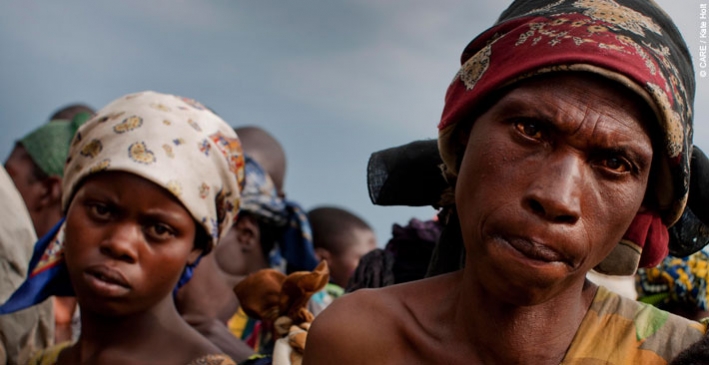 A woman and her daughter who were forced to flee their home because of conflict in the Democratic Republic of Congo, 2012

One year on from the Global Summit in London on ending sexual violence in conflict, it is right to ask tough questions about its value and the benefit to survivors of violence in countries like the DRC. However, the Summit was never about finishing the job in one go, and numerous initiatives are taking forward the momentum generated last year.

When William Hague, John Kerry, Zainab Bangura and Angelina Jolie made their closing statements to the End Sexual Violence in Conflict summit last year it felt like something had changed.

The failure of the international community and national governments to act on rape and sexual violence in conflict up to that point had nothing to do with a lack of tools, knowledge or experience. As numerous speakers pointed out, the real brake on making a difference was political will at all levels.

This week, the Guardian questioned the value of the £5m event, comparing the food bill with the on-going suffering of thousands of women in the DRC unable to receive justice or the support they need. The analogy is fair. Funding is dropping for the DRC as the world copes with emergencies in Syria, Iraq, South Sudan, Mali, the Central African Republic among many others.

But the analogy is also unfair. The true value of the Summit was not about money pledged, but was about the long-term effects of setting a benchmark against which governments’ actions could be judged – including our own in the UK. In the end the only true measure of success will be if wartime rape and sexual violence ends. This will prove to be a generational struggle.

Here are five ways we might judge the Summit

Amidst the speeches and activist stands, the Summit launched a new protocol on gathering evidence for prosecuting perpetrators of sexual crimes. The team responsible for delivering this work is still active despite the departure of William Hague from government. Their work will be judged by a new Lords committee into the Preventing Sexual Violence Initiative (PSVI), including William Hague’s old advisor (now Baroness) Arminka Helic. Beyond prosecutions, how many countries have adopted and used the protocol into their own justice systems?

2. At the national level

The key for the vast majority of sexual violence survivors will be the actions of their own government. In the DRC, soon after the Summit, the President appointed his first special representative on sexual violence and child recruitment, Madame Jeanine Mabunda.

She is deliberately downplaying her public profile to concentrate on tackling impunity among perpetrators, particularly among the security services. Her strategy of working with the armed forces led to five military commanders signing up to a commitment to fight sexual violence, and 38 soldiers and police officers being convicted and imprisoned for rape. All provinces in the DRC now have awareness campaigns running and the government has decided to revise its national strategy to combat sexual violence to include all forms of gender-based violence.

In addition, over the last year CARE has found a number of government ministries, including Gender Family and Children, to be increasingly engaged on changing the culture of violence and inequality that underpins sexual violence. CARE’s policy recommendation around changing the national education curriculum to include a module on gender-based violence is getting a lot of attention and support. These changes will take time, but in the end they will have the biggest impact on the lives of the most vulnerable.

3. In conflict and emergencies

The Summit also marked a handing over of leadership to the USA on making sexual violence prevention and response a core part of how the international community responds to disasters and emergencies. The so-called Call to Action remains a set of principles which needs to be fully implemented today in Syria and South Sudan. Going into next year’s World Humanitarian Summit, CARE is calling for the global humanitarian architecture to be reshaped to drive gender equality and better respond to the needs of conflict-affected women and girls.

At the same time, the UK’s broader National Action Plan on Women, Peace and Security launched at the margins of the Summit includes specific commitments on training of foreign armies on human rights and preventing sexual violence, strengthening women’s leadership and voice, and ensuring women are included in all peace talks such as Syria. The government will report in October on its first year of progress, and with a UN global review at the same time looking at the last 15 years of change for women in conflict, both reports will give us another yardstick to measure the effectiveness of the international response to wartime sexual violence.

The government has appointed Foreign Office minister Baroness Joyce Anelay to take forward the PSVI team following the departure of William Hague. She needs to make this a visible and on-going government commitment, and press for Cabinet colleagues to consider this in National Security Council deliberations as well as during the Strategic Defence and Security Review soon to take place.

Separately, a senior male politician, perhaps former Development Secretary of State Andrew Mitchell, or George Osborne, should make themselves a champion for men’s engagement in gender equality, to tackle the destructive attitudes at home and abroad that drive sexual violence.

It is true that in the DRC money has decreased for vital initiatives. CARE’s own work providing social, health, legal and economic support to survivors of sexual violence is struggling for funding. A potential contract with the Dutch government covering all forms of gender-based violence could kick in but only in six months or so, leaving a large gap now.

The International Development (Gender Equality) Act 2014 means that all of DFID’s funding needs to consider gender implications. However, a recent review showed that DFID spends 60% of its budget on multilateral agencies like the World Bank, and was not doing enough to make them focus on themes such as gender. Perhaps DFID needs to spend less on multilaterals and, despite the flak they attract from aid critics for their higher administrative costs, instead create smaller pots of money that can go to the most effective local women’s groups and civil society organisations in places like the DRC. They cannot use up vast sums but they can make a huge difference in women’s lives.

More in this category: « Three reasons for attending our fringe event at the Conservative Party conference Hopes for the World Humanitarian Summit: A perspective from Pakistan civil society »