Home // Development Blog // What is an emergency skirt and why does it improve girls' reading?

What is an emergency skirt and why does it improve girls' reading? 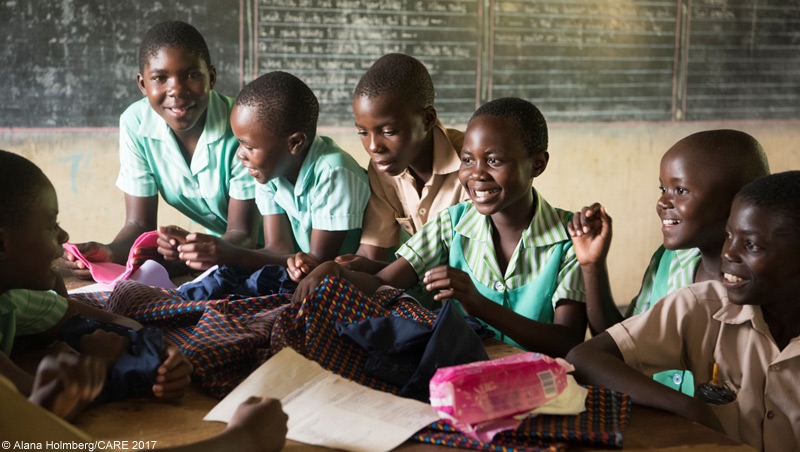 Boys and girls at school in Zimbabwe learning how to sew reusable sanitary pads.

In Zimbabwe, mothers and school management worked to improve girls’ academic achievement through the Improving Girls’ Access through Transforming Education programme (IGATE). When you ask girls what they liked best about the initiative, many of them will tell you about the emergency skirt.

The emergency skirt is something that the mother’s groups and school committees stocked at schools along with pads and buckets with soap so that if a girl started her period at school she could stay and feel clean instead of going home. It’s simple, but it makes a world of difference. This is one of a number of activities that are designed to build a girl’s confidence and her ability to excel. Here is what else the IGATE programme did.

IGATE was funded by DFID from 2013-2017 and reached more than 109,000 people, including 48,773 girls. CARE was a sub-grantee to World Vision with a $3.9 million budget. CARE was responsible for the Power Within clubs, VSLAs, and the mothers’ group models that all showed impacts on reading skills, maths skills, and attendance.

IGATE mothers' group manual and tool kit: A training guide and resource for mothers' group members to be empowered to demand and support improved service delivery in education for the adolescent girl child.

More in this category: « Why we must work with refugees from Myanmar on mid-term shelter in the Bangladesh refugee camps Climate change resilience: adapting farming practices and enhancing food security in Mozambique »