Home // Development Blog // No women, no peace: Why the proposed SDG Peace Goal must not ignore gender

No women, no peace: Why the proposed SDG Peace Goal must not ignore gender 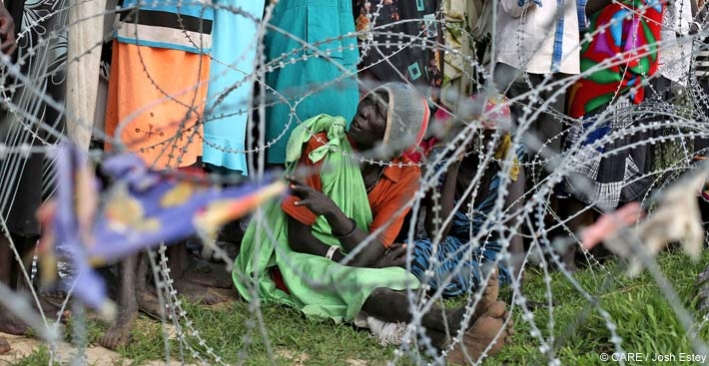 Goal 16 in the Sustainable Development Goals is one of the poor relations in the mix. Both more complex and contentious than many of the proposed 17, it seeks to secure peaceful and open societies as a global target, and is vital. However, to be truly transformational, and to have a chance of surviving the negotiations in 2015, gender has to be a core part of its formulation.

At the start of the year, I read an excellent account by the World Federation of United Nations Associations (WFUNA) of the development and progress around goal 16 in the Sustainable Development Goals framework. Just to recap, the goal seeks to “Promote peaceful and inclusive societies for sustainable development, provide access to justice for all and build effective, accountable and inclusive institutions at all levels.”

The paper outlines the difficult gestation of the goal, which perhaps more than any other has been attacked from the outset. Among many concerns, critics argued it was too political and outside the mandate of a development framework, that it risked opening the door to the securitisation of aid with assistance being spent on security-focused activities rather than anti-poverty ones, and most of all that such a goal would impinge on the sovereignty of national governments. (For more on the debate and various positions taken, including how peace should be left to the UN Security Council and existing treaties, see this excellent Saferworld report from September 2014.)

These arguments have so far lost out to another view, critically containing a strong African group, which argues that peace and security are fundamental to the ability to progress out of poverty. After all, 15 years of intensive development has seen only 20% of fragile and conflict-affected states reach their anti-poverty goals.

Nevertheless, perhaps because of the ongoing opposition, the goal and target that has emerged is narrow and misses key concepts. Corruption, access to information, equal access to justice, arms control, and levels of violence are all in. But missing, the WFUNA argue, is an explicit focus on the drivers of violence. They suggest additional targets such as the production of arms, changing norms through cultures of peace, legal protections such as the enjoyment of legal identities, and a focus on external stressors such as drugs and human trafficking which can overwhelm a weak state and are often beyond their control.

I like the new list of targets they propose, including perception indicators showing greater trust by all social groups in the police and security services, and greater participation of marginalised groups in decision-making. What all these indicators are missing, however, is a full inclusion of gender throughout goal 16.

Three reasons for gender in Goal 16

CARE is already campaigning for a stand-alone gender goal in the SDGs, but an important corollary is that gender is also mainstreamed across the other 16 goals. CARE supports the campaign the campaign No Women, No Peace and believes the role of women in every aspect of human security and development is too important to be summed up in a single goal. No larger group is more systematically excluded from peace and security discussions than women; nor is there an idea more vital to the transformation of fragile states into peaceful societies than gender equality. Here are three reasons:

1. Women’s rights are human rights. The whole theory behind developing rights-respecting societies and states is that these conditions are necessary for sustainable and stable development. As a result the goal that is most focused on freedom from violence, must pay particular attention to the most widespread abuse of rights and form of violence in any society: physical, psychological, and structural violence based on gender.

2. Systematic inclusion of women is itself transformational. Ensuring a target of women would double at a stroke the narrow range of voices considered by power-holders, and many times multiply the chances of justice, security and governance mechanisms responding to the needs of the greater part of the population. By breaking the stranglehold by elite men on power, targeting women is also a practical first step to making space for the most vulnerable to engage, including LGBT communities and politically discriminated groups currently absent from the SDGs.

3. Violence has to be discussed in the context of masculinity and power. The elephant in the room in security discussions is how masculine ideals are often constructed around norms of domination, aggression, emotional frigidity, and capacities for violence. Building peaceful societies is also about taking apart these rigid constructs and de-linking manhood from violence.

A few quick ideas that would fit within the current WFUNA list would be:

The last reason I would give is entirely strategic. Judging by the ratification of UN Security Council Resolutions on Women, Peace and Security, signatories to frameworks for women’s rights, and engagement with the Commission on the Status of Women, I would guess that the prevailing support for gender and women’s rights among UN states is currently stronger than stand-alone initiatives on security, justice and governance. If advocates of goal 16 want it to survive the upcoming bruising rounds of negotiations, including the push by some governments to slash the number of goals by a third, then building gender into the core of its language will help secure powerful allies in the struggle ahead.