Progress and poverty in Peru 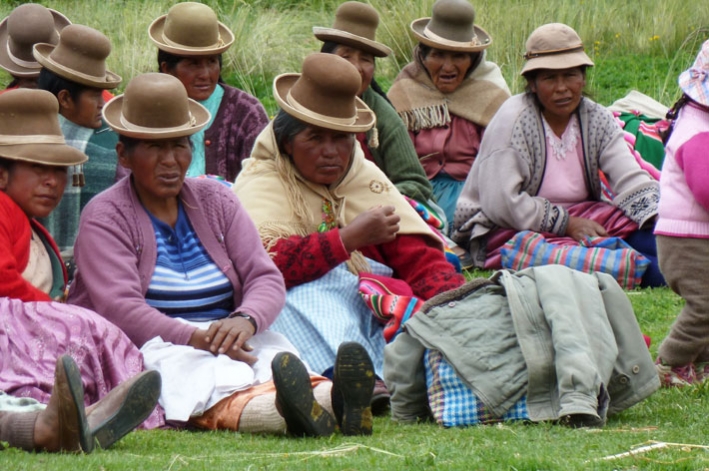 Along with a delegation from CARE International UK, I recently visited colleagues at CARE Peru (or Cah-Rey Peru as its pronounced in Spanish!) to witness how they are reaping real results in tackling the challenges of poverty and inequality in a ‘Middle Income Country’ (MIC).

A MIC is defined by the World Bank as any country with a Gross National Income per capita above $1000. The EU, UK and other donors are busy cutting aid to these countries,  arguing that in times of austerity development aid should be only be spent in Low Income Countries.

Yet research by the Institute of Development Studies, and others, shows that in fact 72% of the world’s poorest people now live in MICs, and this is likely to increase as more of the poorest countries get richer in Gross Domestic Product (GDP) terms. Indeed, it is estimated that by 2015 there will only be 20 LICs left and they will be mostly so-called ‘fragile states’. Understanding how to address poverty in MIC’s is an urgent development challenge.

Peru has achieved impressive economic growth averaging between 6-9% annually over the last 10 years. Foreign investors have been keen to exploit the mining boom for gold, nickel, zinc and other minerals) Coupled with booming exports including fish and artichokes this has seen incomes rise, particularly in and around Lima, Cusco and coastal areas.

But at the same time in the southern Andean region where many indigenous people live subsistence existences at altitudes of over 3800m, poverty remains at 60-80 percent. Maternal mortality rates in that region are among the highest in the world and 30 percent of children are malnourished.

So what is CARE Peru doing about it? Essentially three things:

First, it takes a ‘programme approach’. That means not just parachuting into a community to run a short-term project and leaving, but spending significant time designing programmes with communities and ensuring they will continue to be sustainable without CARE. Often, this also involves working with the government to ‘scale – up’ or replicate programmes at the national level.

Secondly CARE Peru incorporates advocacy into every stage of its programming, including addressing political barriers and opportunities that will affect success. That means, for example, securing national laws and norms to enable the changes brought in by a programme to last in the long term. And thirdly, CARE Peru takes a ‘rights based approach’, encouraging local communities to understand and demand that their rights be respected by the government and local authorities.

In Ayaviri, two hours by road from Puno, CARE has been working to help indigenous women to increase their ability to monitor provision of maternal healthcare in local health centres.  Maternal mortality is high and the local Quechua women are severely discriminated against, preventing them from accessing quality medical care.

Working alongside the local health authority and the Ombudsmans office, CARE have been training the women to understand their rights.

With this knowledge, many of these local women have become known locally as ‘Vigilantes de la Vida’ (“vigilantes of life”). Armed with knowledge they visit heath centres regularly and accompany other indigenous women to ensure their rights are respected.

They produce monthly reports of their visits, including any cases of malpractice, to CARE, the authorities and the Ombudsmen’s office. Mortality rates have been reduced significantly as a result. CARE is discussing with the national government how to replicate this process in other parts of Peru.

Two hours from Puno in another direction is Huancane, where a different need is being addressed. Here, communities are busy subsistence farming Peru’s native potatoes (there are reputedly over 1000 varieties), planting quinoa and amaranth (the ‘super grains’ of today that they have been cultivating and eating for thousands of years) and rearing cattle and sheep. Their small plots of land and lack of access to more lucrative markets have prevented them from being part of Peru’s economic boom.

Working with these communities, CARE Peru identified an innovative way to help cattle farmers access the market system.  Prior to the programme people struggled to fatten and sell one bull a year to middle men who would charge them any price they liked. CARE’s programme shared knowledge with the  farmers on how to fatten the cattle. Providing them with a more nutritious diet, building stables and training local people to become veterinary technicians whose services are paid for by the community. Now people are able fatten them in only three months and sell the bulls at quadruple the price.

Since the project started, households have sold more than 12,000 high quality beef cows, with a sales increase of $6.5million. The communities are now looking to see how they might fund the establishment of a local abattoir to retain even more of the value-added in the community, and to reduce the transportation costs of the 20 hour journey to Lima to sell and slaughter the beef.  Again the national government is interested in whether it might be able to replicate this model in other parts of Peru – particularly the community agricultural technicians.

These are just two examples of how CARE is working in a MIC.  There are clearly still important roles for donors to play here and advantages to be had by them for doing so. They can measure and assess what works in MICs more easily, and there are real opportunities for seeking higher value for money returns on their investments (given opportunities for national level replication and opportunities to explore working with the private sector). They can they can support local civil society organisations to encourage greater government accountability to spread economic wealth, and they can learn how to spread development innovations to poorer countries.

More in this category: « Three insights from Banking on Change’s State of Linkage Report A Perfect Storm: How CARE campaigned for reproductive health results in Pakistan »