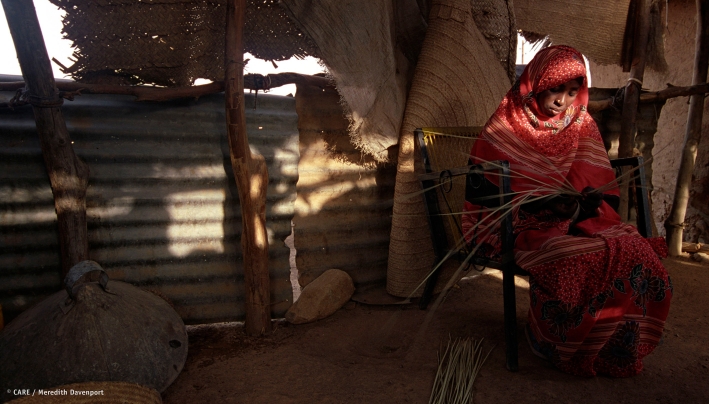 I've been attending the second annual UN Forum on Business and Human Rights in Geneva. The Forum this year had more than 1,700 people from business, civil society, unions, academia and the UN system meeting to discuss progress on the UN Guiding Principles and share learning. I've been trying to figure out what it tells us about the progress of what many still call the Ruggie process.

A gaping hole in the business and human rights structure

The first thing is that quite a lot of people are being polite to one another about how "we've only just begun..." (yes, one contributor did quote the Carpenters... ), how it is all quite difficult but progress is being made, and how if we all work together, everything will be better.

But inside and outside the event, there are plenty of views, from NGOs, affected parties and indigenous peoples, that there is a gaping hole in the business and human rights structure where enforcement and remedy should be. Before the event, the People's Forum on Human Rights and Business stressed the need for a global, legally binding treaty on the impacts of trans-national corporations (TNCs). This demand presses on with the stance of civil society from the earlier debate on the Norms on Transnational Corporations and Other Business Enterprises which the Ruggie process was intended to supersede.

And Joseph Stiglitz, a keynote speaker, referred to the need for international legally-binding measures on companies which breach human rights, while Mary Robinson demanded an end to corporate impunity.

A lack of company engagement...

Companies, meanwhile, seemed to be keeping a fairly low profile. Yes, they were there as speakers on some panels (Nestle, Unilever, Syngenta among others) but, in the open questions sessions, they were noticeable by their lack of engagement.

Indeed, the corporate representative most often heard was Adam Green of the US Council for International Business, effectively a lobbying organisation. We did not hear the companies themselves engage in these exchanges, which seems a loss, since the Forum is intended as both a progress check and as a learning event.

... unless it's to distract attention from their own responsibilities

And when we did hear from some corporate representatives, there was an emphasis on the problems of the lack of the rule of law in many developing countries, so that companies also suffer problems from the lack of governance. But this analysis is worrying on two counts: first, it looks like an attempt to distract attention from the responsibility of companies to respect rights, and to provide remedy for breaches, and secondly, as was vigorously pointed out by civil society representatives more than once, TNCs know that these problems with the rule of law exist when they take the decision to invest; rights holders, on the other hand, are born there and have to live there.

The attempt by Brent Wilton, of the International Organisation of Employers, to focus on the issue of national companies ("they represent the largest proportion of GDP") may contain a valid point but national companies are not what the Ruggie process was designed to address.

Throughout the Forum, there was much emphasis on the lack of any practical access to remedy for those whose rights are infringed, and the often repeated concern that, in fact, recent moves by governments pull in entirely the wrong direction, e.g. safeguards from remedies for companies in bilateral investment treaties and in the major free trade treaties such as the Transatlantic Trade and Investment Partnership. And even though representatives of the UK Government appeared at many of the sessions to trumpet the UK National Action Plan (fair enough, it is the first in the world, but it sets a low bar), others pointed to the recent moves by the UK Government to reduce the ability to access remedies in the UK by changes in Legal Aid.

And this lack of remedy brings us back to the reasons many are still demanding a legally binding treaty on TNCs: it is seen as the only real way to hold companies to account.

Personally, I am a little bit more hopeful

As a speaker who explained the likely impact of the FAO's Voluntary Guidelines on the Responsible Governance of Tenure pointed out, those Guidelines are voluntary but, once national governments start adopting their measures, they do become hard law.

I believe that something similar will happen with the Guiding Principles, although the rather weak UK National Action Plan does not make me immediately optimistic about the UK. However, there is plenty of room for other governments to start to give legal authority to the Guiding Principles, although I acknowledge that many view almost all Governments as being so in thrall to corporates that it will take a very brave Northern government to give them direct legal effect.

However, if they will not do so, there is still opportunity for reference to the Guiding Principles within both advocacy and litigation as a reasonable standard of care owed by TNCs, both in terms of how far down the supply chain they stretch, and what standard of behaviour is expected of them.

The extra-territoriality problem that a global legally-binding treaty would directly address largely remains, but other legislation (such as the UK Corruption Act) imposes extra-territorial obligations, and the principle is a key battle ground in litigation.

So the opportunity for litigation is there, hence the numbers of lawyers attending a forum on soft law, but it will take a lot of smart effort from rights holders and civil society to find the right cases to fight to help get us there by this route, and will take a long time. However, the people living around major corporate projects who are most at risk of abuse do not really have the time to wait.

More in this category: « While the civilian death toll inside Syria equates to over 26 Srebrenicas, the EU constructs a Fortress Europe Ending sexual violence during and after conflict: Sharing lessons from the Great Lakes Advocacy Initiative »