Women must have a voice in the post-2015 MDGs 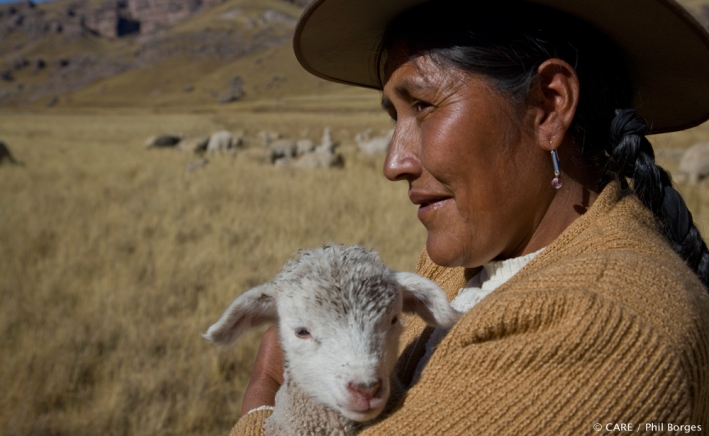 As diplomats from around the world converge in New York for the United Nations Commission on the Status of Women (UN CSW), CARE is bringing a delegation of women activists to the talks from Asia, Africa and Latin America to encourage states to give women a voice in monitoring development efforts, and to put gender equality at the heart of how we define development progress.

The UN CSW conference is the biggest global annual review of states' commitments on women's rights. Recent years have witnessed fraught negotiations as the talks become a battle-ground between those in favour of furthering gender equality, and those opposed. The very terms used – such as 'intimate partner violence' or 'child marriage' – are contested in ways that more often reflect geo-politics than anything to do with the reality of discrimination or poverty faced by many women and girls in their daily lives.

This year's CSW focuses on the up-coming revision of the Millennium Development Goals (MDGs), which provide the global framework for UN and state efforts to tackle poverty. Various proposals have been made by the UN Secretary General, UN Women and others on how gender should feature in the MDGs beyond 2015.

However, until now, deliberations on the MDG revision have been vague on how to monitor any of the future development goals. Discussions on monitoring and accountability have centred largely on promoting transparency and access to information, and regional and global level monitoring processes. The debate has been remarkably silent on how accountability practically happens at the local or national level.

Accountability and participation are the drivers of change

Yet if we shift away from the glitz and bad coffee of UN high-level conference centres, then it's accountability and participation by ordinary people – men and women – which demonstrably makes the biggest difference in efforts to tackle poverty on the ground.

In Peru for example, CARE partnered with a network of indigenous women to identify barriers to seeking life-saving maternal health care in several regions of the country. As a result of this program and dialogue with health service providers, the quality of care and referral systems improved. In the areas involved, the number of women accessing services increased, jumping by 33% in one year, and maternal deaths fell by an incredible 49% in just 4 years.

These achievements led to the government adopting National Policy Guidelines for the Promotion of Citizen Health Monitoring in 2011 to roll-out mechanisms for citizen participation across the country.

The good news is that a 'zero draft' for the CSW outcomes has been circulated amongst diplomats, which contains innovative proposals to address precisely this gap, calling for "women's full and effective participation at all levels of decision-making" on the global development agenda. The CARE team at CSW will be encouraging states to maintain and strengthen these commitments. What worked for maternal health in Peru can work for other development goals like education, food security and climate change.

These kinds of proposals are exactly what is needed for the next phase of MDGs. The government of Peru recognized a winning approach when it saw one in action. This year's CSW and the wider process to negotiate the new global development goals should do likewise.

More in this category: « CARE's journey towards a new approach to smallholder agriculture in a changing climate Ten years on from the Indian Ocean tsunami: The challenges and priorities for humanitarian action »