Women’s rights are human rights: Marking 20 years of struggle to reduce Violence Against Women and Girls 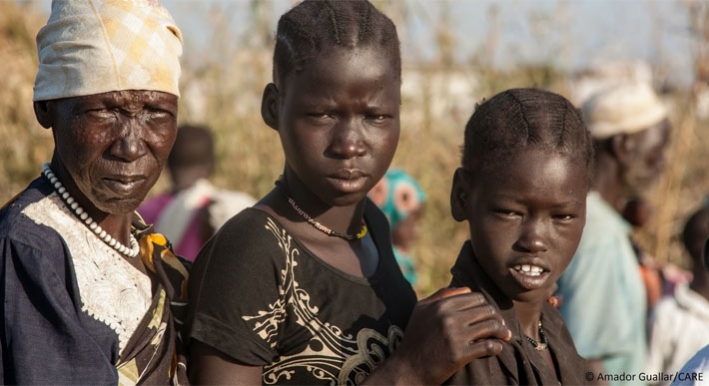 Photo used for illustrative purposes only: Ongoing conflict in South Sudan puts women and girls at increased risk of sexual and gender-based violence

20 years after the Beijing conference the incidence of Violence Against Women and Girls (VAWG) remains outrageously high with one in three women in the world condemned to experience physical or sexual violence in her lifetime. Nevertheless we should recognise and celebrate the progress that has been made, and highlight initiatives that are making a difference.

1. The past decade has seen an increased number of conventions, legally binding documents and resolutions being passed to address gender-based violence (GBV) at national and international levels. The 2013 Kampala Declaration to prevent GBV in Africa and the Council of Europe Convention on preventing and combating violence against women and domestic violence, agreed in Istanbul in 2011, are two examples.

2. Women’s organisations and activists across the globe have courageously stood up and demanded changes so violence against women and girl is effectively tackled. The 2012 Delhi gang rape and the impressive citizens’ protests against women’s repeated sexual assaults is one of many examples of citizens and activists mobilising against VAWG in the past few years.

3. Whether it is the UK initiative on Preventing Sexual Violence, which led to the 2014 global summit to End Sexual Violence in Conflict, the leading role and increasing voice of the Commission on the Status of Women, or the 25th anniversary of UN resolution 1325 on women, peace and security, these are all reminders of the political attention given to the issue of VAWG in the past decades. In fact VAWG has been labeled as ‘the missing MDG’ leading to effective advocacy to support the stand-alone gender SDG.

Reasons to be concerned

However, despite this progress, there is still a lot to be concerned about:

Intimate partner violence: why it matters

Intimate partner violence (IPV) remains the most common form of gender-based violence for women and girls. In the UK alone, an incident of domestic violence is reported to the police every minute, and on average two women a week are killed by a current or former male partner.

IPV is a reality across the globe even though the incidence is variable, with the latest data showing prevalence rates of at least 40% in some low-income settings compared with less than 4% in many high-income countries.

IPV matters for a number of reasons:

So if not from a human rights perspective, reducing IPV and VAWG should be prioritised from a social and economic standpoint given its widespread negative impact on society.

VAWG is rooted in power and gender inequality. Unless rigid gender beliefs and norms condoning violence are replaced by non-violent normative expectations and fairer gender beliefs, we will not see any significant decline in the prevalence rate of VAWG.

CARE, in partnership with the UK Department for International Development (DFID), the Rwanda Women Network and the Rwanda Men’s Resource Centre (RWAMREC) are implementing an innovative programme to reduce IPV among couples and communities in Rwanda. A curriculum-based approach takes couples through a process of behaviour change using interactive training and take-home exercises. The curriculum introduces notions of power and explores how power imbalances lead to GBV, while providing couples with skills to manage triggers of violence and engage in new, healthy and non-violent relationships.

Building on their personal journey of transformation, individuals will then be supported to become activists within their respective communities, sharing their own journey of change with community members to encourage them to follow suit. Building from the SASA! Approach to Preventing Violence Against Women and HIV (Raising Voices), the project aims at bringing positive social change triggered and sustained through individuals’ and couples’ transformation. The project also aims at engaging opinion leaders, creating spaces for women to get together, and eventually linking them to service provision as needed.

I have high hopes for this project having seen first-hand the impact this can have on individuals and communities at a small scale. In 2014, I met with a few couples who undertook a similar training as part of a pilot initiative led by CARE Rwanda, RWAMREC and Promundo. I was impressed by how those facilitated spaces of reflection can genuinely change how couples relate to each other.  It wasn’t only the changes they were now experiencing in their relationship that were impressive but also their vibrant desire to share those changes with others.

CARE’s project will be evaluated under DFID’s centrally-funded ‘What Works to Prevent Violence’ research programme. We hope that if successful the programme will contribute to the body of evidence on how social changes happen. These are long, costly and unpredictable processes. It remains crucial that governments, donors, practitioners and GBV experts work together to test innovative solutions, share learning along the way and scale up proven models, so the day will come when we can celebrate genuine progress to end VAWG.

More in this category: « How to do better on smallholder agriculture: learning from a CARE workshop Reaching the Summit – a celebration, and a massive to do list – Part 2 »